Organization of the nervous system 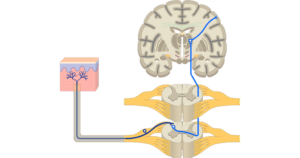 It generates the commands about how the peripheral tissue should function, while also receiving sensory information about the state of those tissues. The brain processes that information, based on which it generates new commands on tissue functioning in order to preserve bodily homeostasis. The spinal cord continues to the inferiormost part of the brain and it is located in the vertebral canal of the spine.

It is a conduit for the signals coming from the brain, responsible for distributing them throughout the set of spinal nerves that emerge from it. Besides conducting the information, the spinal cord is also capable of generating some on its own, but mostly the involuntary reflexes.

The peripheral nervous system (PNS) consists of all the other nervous tissues beyond the CNS (e.g. cranial nerves, spinal nerves, plexuses, ganglia). Functionally, the PNS is divided into:

Learn more about the anatomy of the nervous system below or upgrade your knowledge with quizzes and video tutorials made by experts. 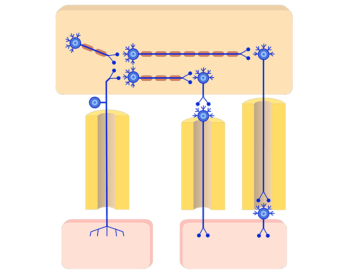 Organization of the Autonomic System; explained beautifully in an illustrated and interactive way. 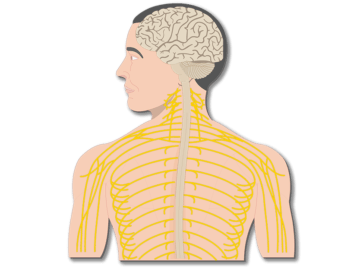 Major Organs and Divisions of the Nervous System

Major Organs and Divisions of the Nervous System; explained beautifully in an illustrated and interactive way. 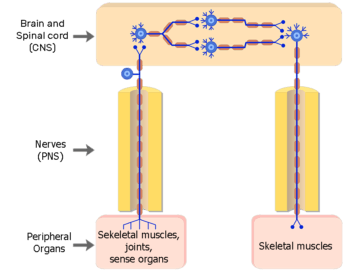 Organization of the Somatic Nervous System; explained beautifully in an illustrated and interactive way. 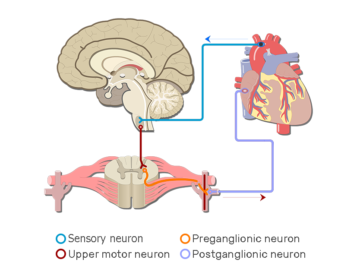 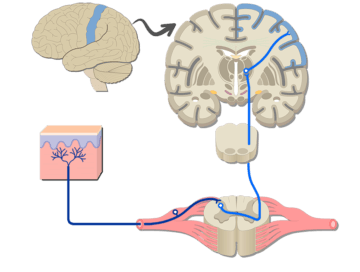 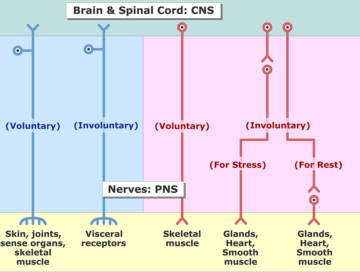 A diagrammatic approach to the structure & function of the peripheral nervous system featuring some comprehensive illustrations.