Functionally, the respiratory system is separated into a conducting zone and respiratory zone. 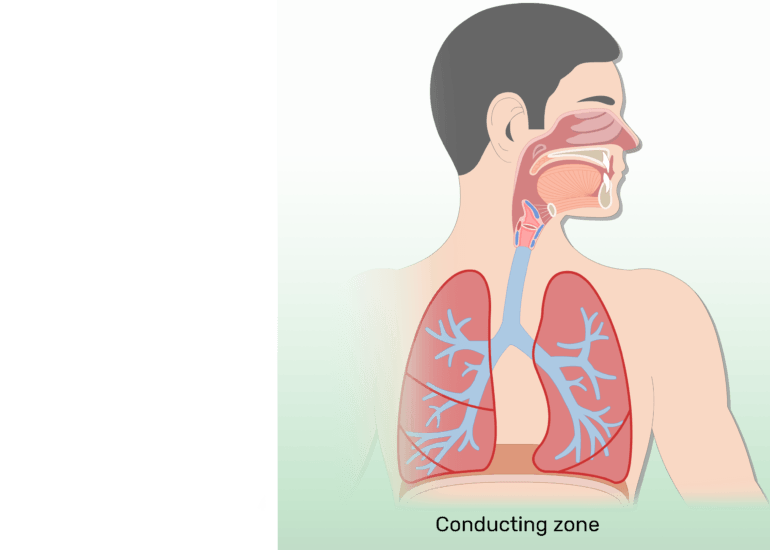 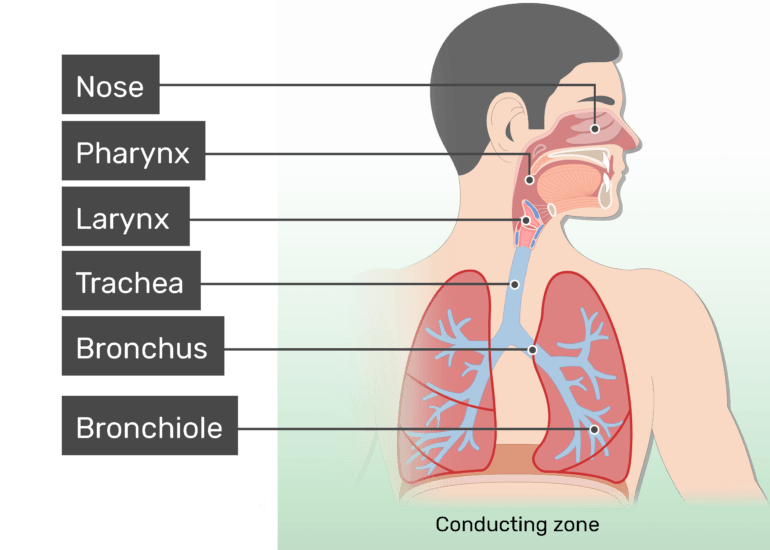 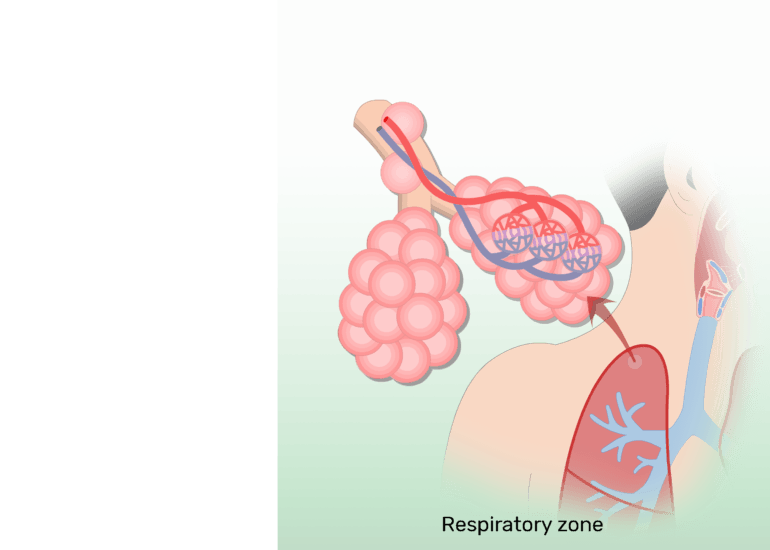 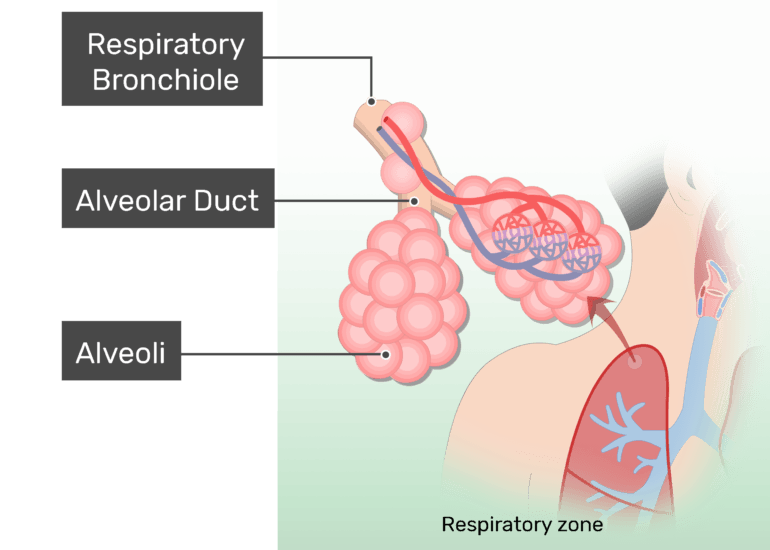 Anatomically, the same structures are often divided into the upper and lower respiratory tracts. 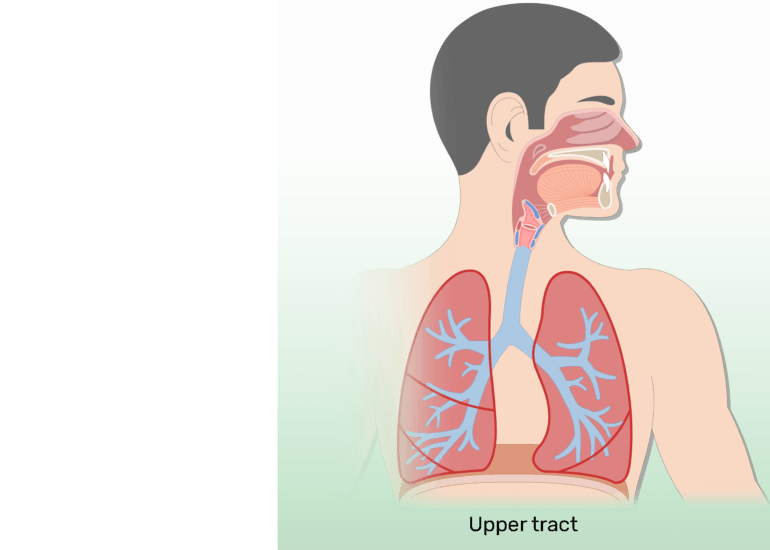 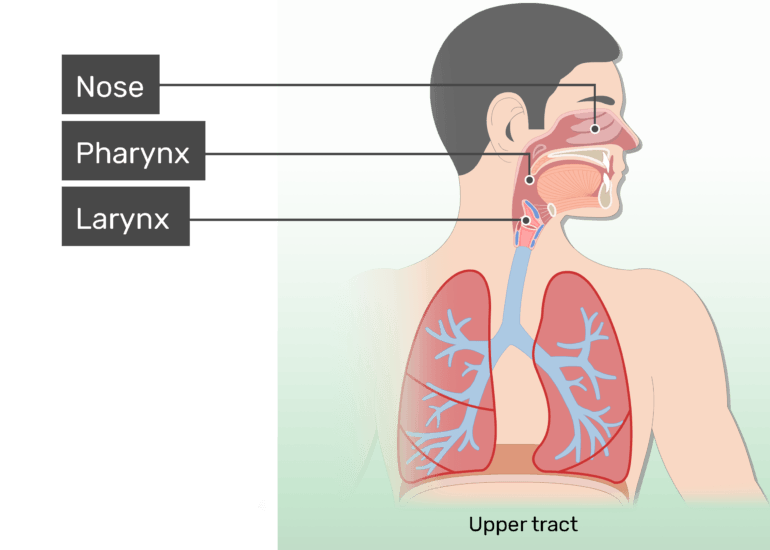 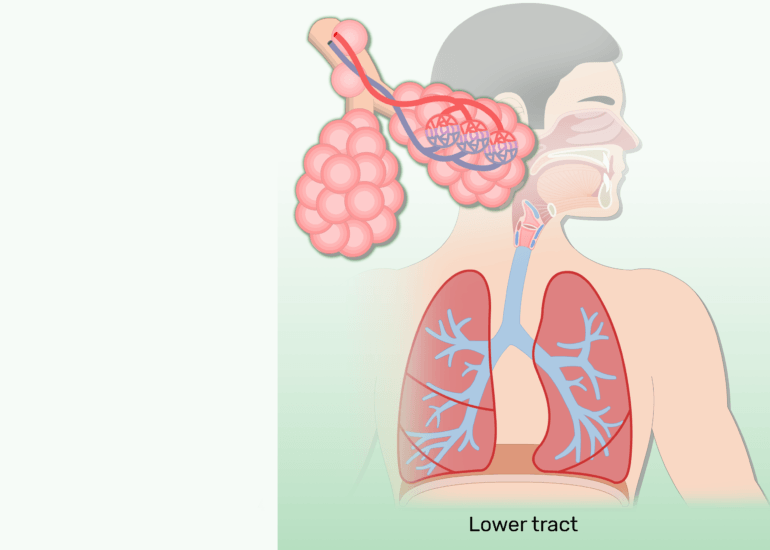 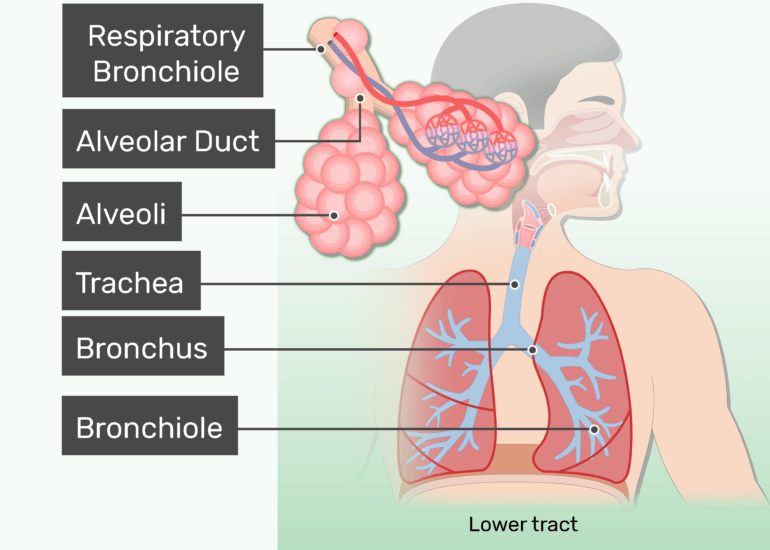 Please note that many authorities include the larynx with the lower respiratory tract structures.

An Overview of the Major Zones and Divisions of the Respiratory System: 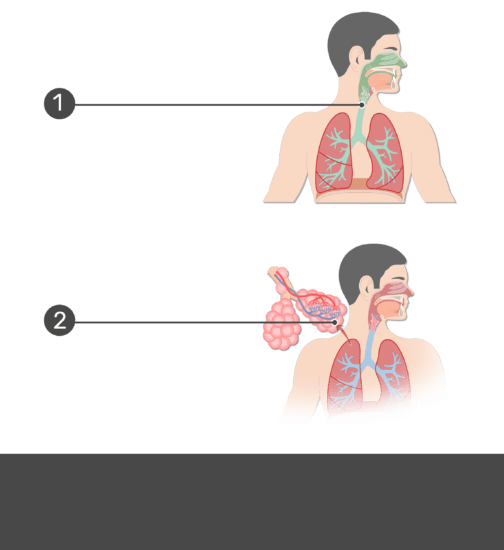 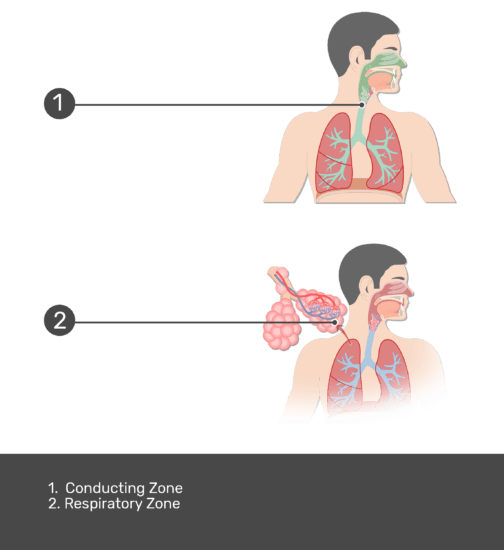 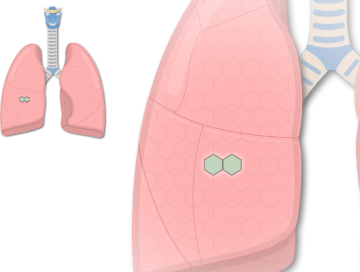 Secondary Pulmonary Lobules of the Lungs 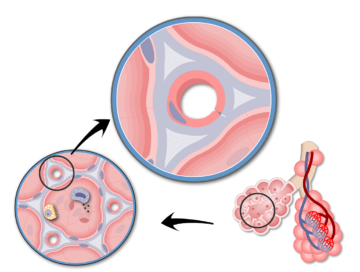 An interactive demonstration of the structure of the respiratory membrane and the mechanism of gas exchange occurring in the lungs. 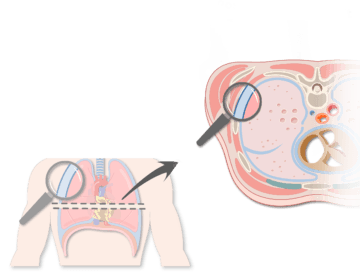 Pleura (or Pleurae) and Pleural Cavity of the Lungs

Each lung is enveloped in a double-membrane pleural sac (visceral and parietal layer). A thin layer of watery fluid is secreted into the pleural cavity that separates the layers. 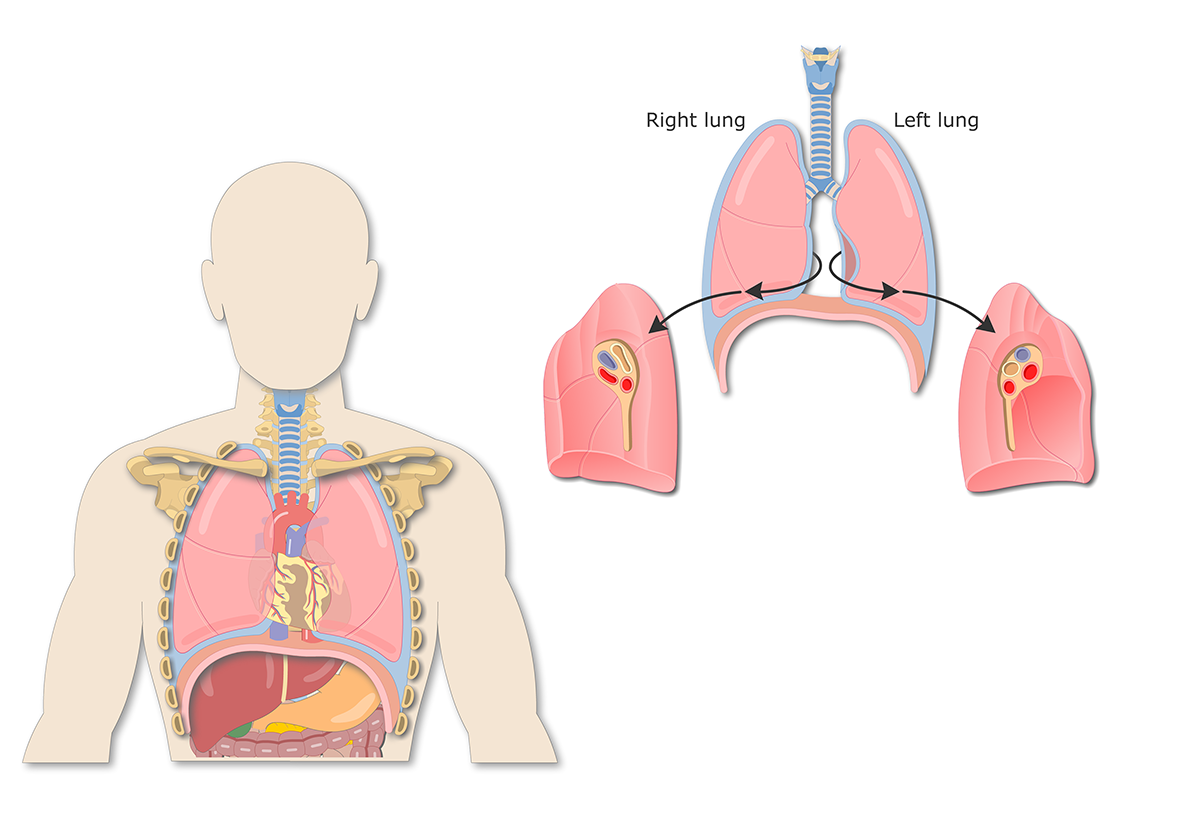 Lungs Anatomy | Shapes and Surfaces of the Lungs 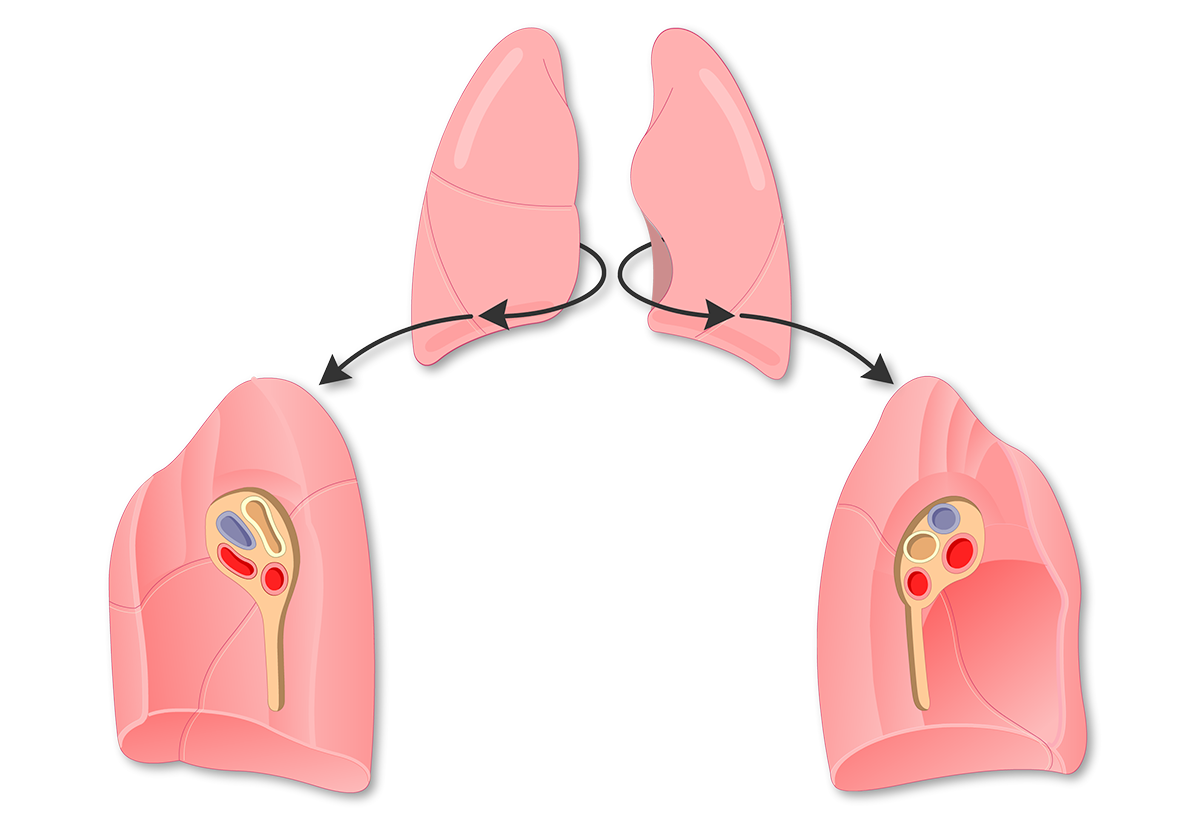